7 Things You Need to Know About Internally Displaced Peoples (IDPs) 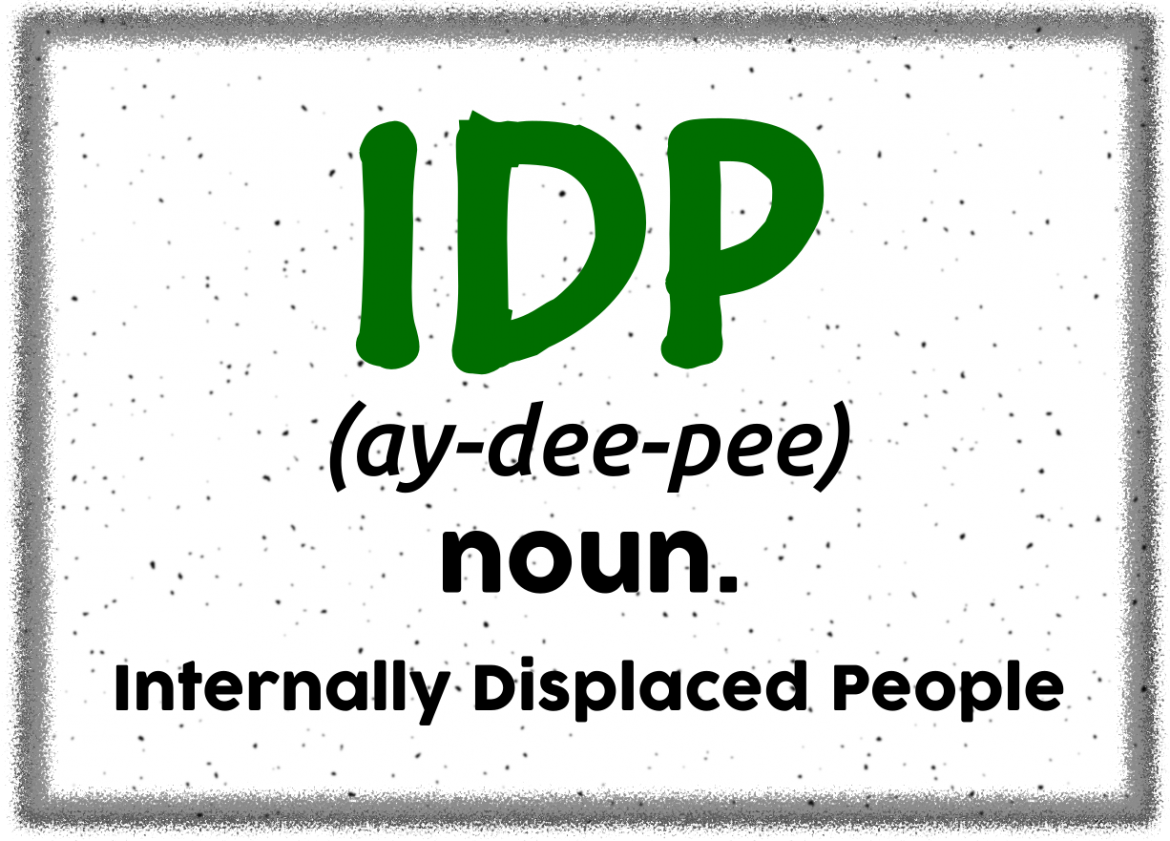 When we hear the word disaster, we think of something like Yolanda or the impending "Big One" earthquake in Metro Manila. The UNISDR defines a disaster as a serious disruption in a community's functioning with widespread impacts that exceeds the people's ability to cope using their own resources. Conflict can also result in the uprooting of families and communities from their homes and ways of life. On-going conflict between state and non-state actors, and other forms of conflict, in Mindanao and other parts of the country perpetuates a cycle of displacements.
UN Special Rapporteur Chaloka Beyani, after his recent visit to the country, notes that there is a significant difference between the response to Yolanda and to conflict-induced displacements. He believes that more can be done by the government, in consultation with IDPs, to address the root causes of these incidents.
2. IDPs are like refugees, but they have not crossed any international borders. That means that a crisis is happening in our very country.

Refugees, according to the 1951 Convention on the Status of Refugees, left their countries due "to well-founded fear of being persecuted for reasons of race, religion, nationality, membership of a particular social group or political opinion."
We see Facebook posts on refugees fleeing war-torn Syria or persecutions in Myanmar. IDPs are the same except they have not left the country. Given the Philippines' track record of accepting those fleeing persecution, the internal displacements across the country are unacceptable. The fact that this is happening in Mindanao, the so-called "Land of Promise" – the lumad's ancestral land – is horrifying.
3. IDPs have enormous needs. In the case of Diatagon, the people were threatened by the Magahat-Bagani paramilitary group to leave within two days. In other cases, they are not even given this warning – they are forced to flee immediately. Some get lost in the forest for days. Can you really bring everything you own? Remember that you will be walking long distances to reach safer areas where you can ask for help.
Our partners and staff on the ground indicate that the Surigao IDPs are in need of food, drinking water, basic hygiene items, and emergency shelter. These are basic human rights that, unfortunately, are not easily within reach for IDPs.
4. IDPs have rights. And yes, human rights are universal, no matter the religious or political beliefs. The Universal Declaration on Human Rights states that human beings are equal in dignity and rights. It also says that everyone is entitled to rights without any distinction. The IDPs are not able to exercise such freedoms. They cannot choose to remain in their own homes. They were forced to leave their farms and livelihoods. Their children have stopped schooling. Lives of their friends and leaders have been taken. This state of things must not continue.
5. The government has the responsibility to ensure the safety of its citizens, including IDPs. According to the Philippine Constitution (Article III, Section 4), "The prime duty of the Government is to serve and protect the people." The constitution also includes a Bill of Rights (Article IV), and the underlying idea is that the government's role is to uphold them. Included in this view of the state are its various agencies such as the police and military.
Civil society groups can do and are doing something, but at the end of the day, it is ultimately the government that is responsible for securing life and liberty for everyone.
6. IDPs should not be forgotten. Beyani noted that for many in the affected areas, "displacement has become the pattern of life." These incidents are not covered and reported on as extensively, leading some to call the situation a "forgotten crisis."
They must not be forgotten.
7. We can do something. Liking and sharing this post (and other related posts on social media) can show that we care about our lumad brothers and sisters. And that we do not agree with what is happening – families being displaced and their lives being threatened. And that we want it to stop.
There are many ways to get involved further – fundraising with your family and friends, donating proceeds to various organizations, writing blogs on the topic, even volunteering directly with cause-oriented and humanitarian groups. Translating our solidarity with the lumads into concrete action is possible.
For those looking to help provide for the needs of lumad evacuees, you may click this link and donate to ACCORD’s humanitarian response.
(All photos from ACCORD, except for #7; credits: Bro. Ciriaco Santiago, CSsR)
Tweet